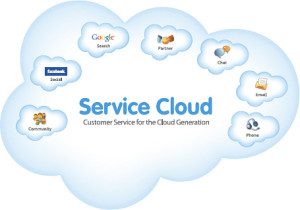 In a recent research paper commissioned by Microsoft, it would appear that while large corporate companies are shying away from the Cloud because of concerns over security, small and medium businesses (SMB’s) are adopting Cloud technologies because of security improvements.

The paper which was conducted by comScore in the US and Asia found that 35% of companies have seen a benefit from better security. A third of companies which had adopted the Cloud said they now spend less time managing security and 20% of companies had reduced their security spend since moving to the Cloud.

Many companies, large and small still want to see some improvements in Cloud security or an adoption of a standard set of security principles, but for those who have already moved the evidence is becoming clearer that security is becoming less of a barrier to adoption of Cloud services and there is significant money and time saving opportunities for SMB’s who make this change.

With the reduced costs, potential time savings and an improved ability to work from anywhere with better flexibility, any company who fails to look at these benefits could find themselves left behind with increased overheads while their competitors find new agility and can be more competitive in today’s tough markets.

Find out if you could benefit from flexible working and Cloud services by giving Magikos IT a call. Just click on the button below or follow the link to the ‘Contact’ page.